N. N. Hill Brass Co. that was founded In January 1889 by Norman N. Hill. He began his career in the finishing department of the Barton Bell Co. when he was eighteen years old. With $800, he started his own bell company and was the first to stamp steel bells rather than casting them. In 1912, the business was incorporated under the name N. N. Hill Brass Co., Inc. and became known as the largest factory in the world devoted to bells and toys. In the 1930s he received a contract to produce Walt Disney toys. The production of these wooden toys became the major production of his factory. In the early 1960s, the N. N. Hill Brass Company closed and today these wooden toys are sought after by antique toy collectors.

Born in East Hampton, Connecticut on October 4, 1863, Norman Hill worked in a number of East Hampton’s bell manufactories before establishing the N.N. Brass Mill Factory in 1889 along the banks of Lake Pocotopaug.  The success of the N.N. Hill Brass Company was largely based upon Norman Hill’s innovation of stamping bells from sheet metal, as opposed to standard casting methods, a development that would revolutionize the bell making industry forever. 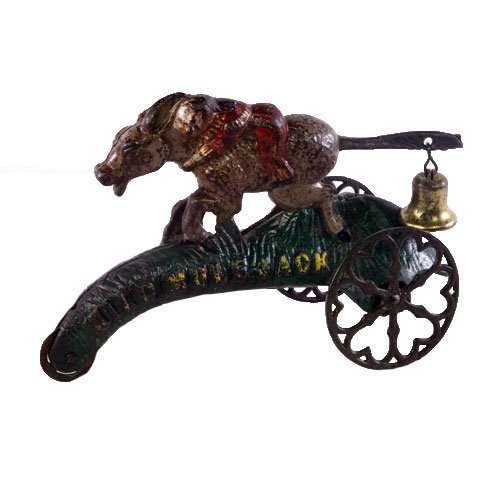 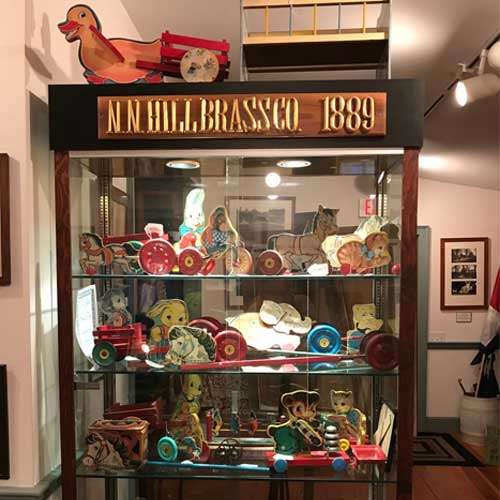 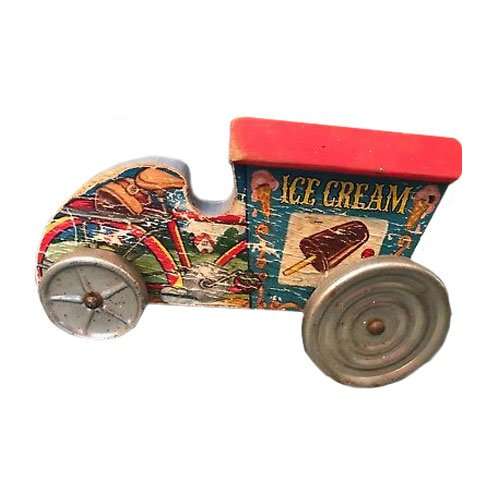 Between 1901 and 1902 Hill developed the Sterling Continuous Ringing Chimes, which was the precursor to the thumb operated handlebar bell found on bicycles throughout the 20th century. Hill developed this product into a line of over 100 styles of classic bicycle bells, in addition to producing more conventional lines of sleigh, hand, door, tea, and call bells, as well as bells for toys, rattles, and electric bells and gongs. A Hartford Courant article from 1902 noted that, “The factory is one of the largest and best equipped in the state for the manufacture of small bells… The bells are sold all over the world and have a fine reputation for excellence of castings, finish of workmanship, clearness and resonance of tone.” Over 125 hands were employed at the plant at the time in which the aforementioned article was published. This likely increased around 1910, when a three-story, 100’ x 41’ addition was constructed on the north side of the existing plant. The expansion supplemented the existing foundry and two manufacturing blocks, which were powered by a water-driven turbine generator through the 1910s.

The N.N. Hill Company and Watrous Manufacturing Company also made bells and bell toys with the Hill Company in East Hampton having a contract to produce Disney characters in the 1930s.

Norman N. Hill died in the Town of East Hampton, CT on February 18, 1950, however the N.N. Hill Brass Company continued to occupy its Skinner Street plant until 1960. Today the complex is owned by Epoch Arts, Inc., a non-profit origination focused on the arts.