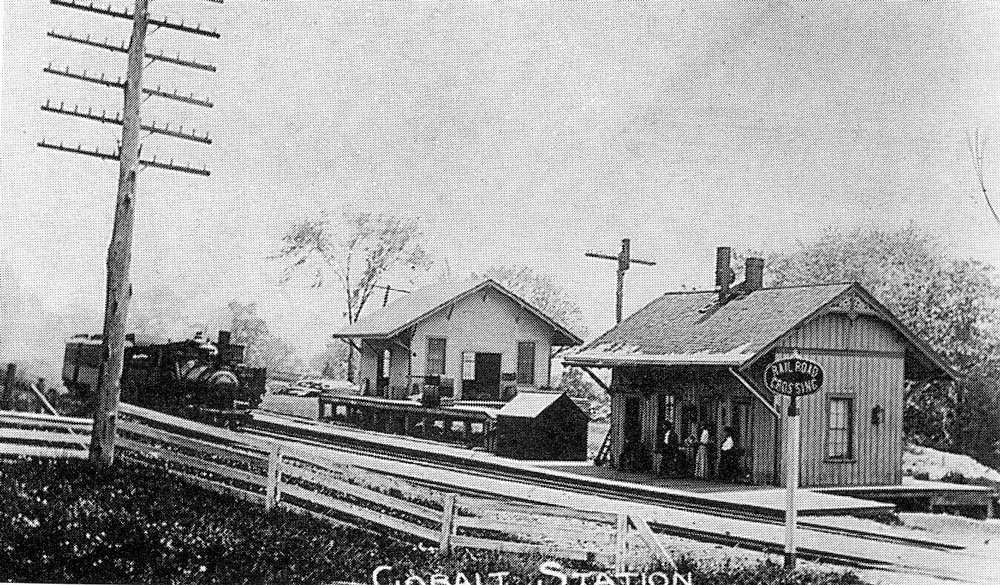 Photo Caption-  An early 1900s photo of the Cobalt Railroad Station built in 1873 with depot (right) and freight house (left) on the Air Line Railroad. It was a busy place during the late 1800s and early 1900s. There were also passenger trains that stopped at the station. The famous White or Ghost Train, established in 1911, made the 224-mile run between New York and Boston in six hours.

In 1908 East Hampton voted to provide transportation by rail for Middle Haddam students attending school in East Hampton. The train also carried East Hampton high school students to Middletown where they attended high school until they built their own high school. Passenger service was discontinued in 1927 and the school train service in 1931. The tracks between Cobalt and Colchester were removed in 1966.