A Brief History of Strong's Pavilion

It All Began With Guy Strong 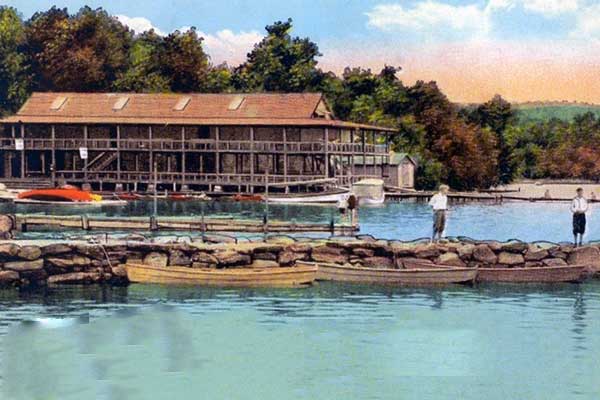 In 1885 Guy Strong bought one plus acres from Lyman Oliver Wells.  Strong was a trapper, a guide to hunters and a fisherman, well known in Connecticut.  He started a boating and fishing camp.

By 1900 Guy had a building with supplies plus an ice house along the shore of Lake Pocotopaug.  In 1902 he built a 60’ by 50’ dance hall.  All Old Home Day dances took place there.  Strong had a 25’ Naptha powered launch for transporting passengers and supplies to cottages and homes around the shores of Lake Pocotopaug. 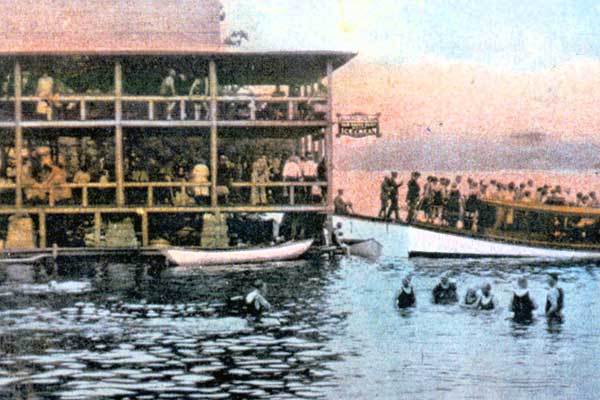 Many might be skeptical today, but East Hampton was one of the recreational hotspots for the central Connecticut area. Our town’s livelihood depended, to a great degree, on the summer patrons and guests that made this community the vacation destination of choice. Weekends would see couple from Middletown, New Britain or Hartford jumping into the old jalopy to seek out dancing and entertainment. The recent deliberations by our Town Council to enact a noise ordinance have caused a certain degree of angst. And I guess analogous with the oft heard definaition of “what is art – art being in the eyes of the beholder,” noise, or the level of noise, is relative to the individual experiencing the type and intensity of the sound. But throughout much of the 20th century, our citizens relished spring turning into summer and what it brought to our economy.

Back to the CHS Blog

Sears Park is situated on Lake Pocotopaug the park was donated to the Town in 1910 by the Sears family.  The Park, Pavilion and Willian O’Neill Performing Arts Gazebo are located at 68 North Main Street in East Hampton, Connecticut.

Nelson’s Family Campground is located at 71 Mott Hill Road in East Hampton. Whether for the day, week, month or season, the campground is an ideal place to camp, relax and enjoy the great outdoor life with your friends and family.