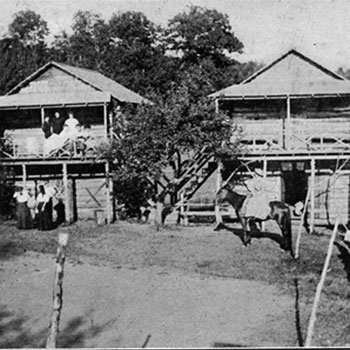 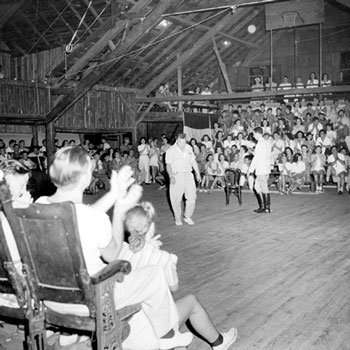 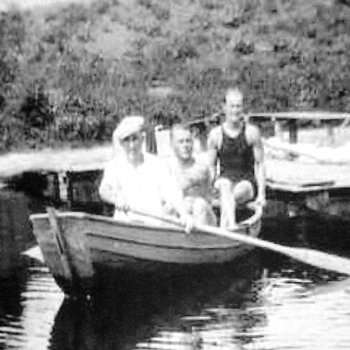 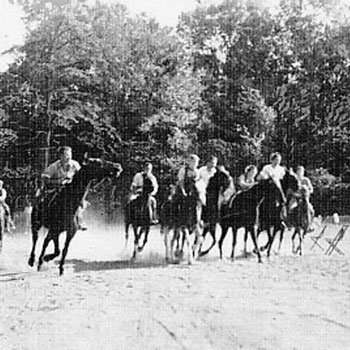 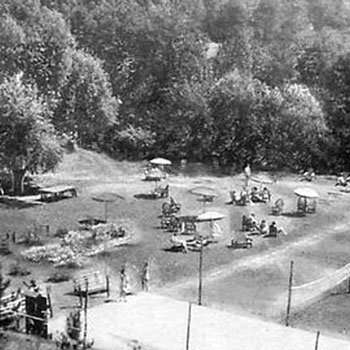 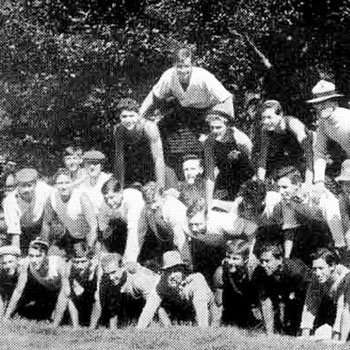 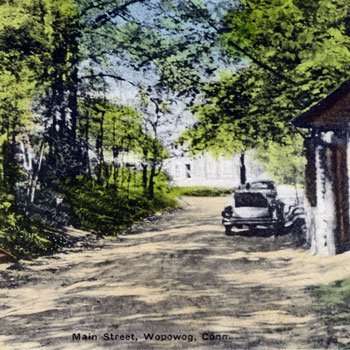 Resort of a Thousand New Experiences

Just over the Moodus border on the East Hampton, banks of the Salmon River State Forest. An early 20-Century booklet calls Wopowog “The Resort of a Thousand New Experiences,” claiming that “here every prospect pleases, and no one puts on style.”

Camp Wopowog was a rustic summer resort that accommodated 400 adult & children campers from the early 1900s to the early 1960s. Later it became Camp Halburn and Camp Ramah. In 1969 the state purchased it. The name Wopowog is derived from a Native American word that means “the crossing place” or “the land at the narrows.” Camp Wopowog contained Adirondack style cabins, tennis & hand ball courts, high-dive platforms, docks, and boats. In its cabins and tents, Wopowog featured athletics and the “healthful” countryside, “rich in wildwood charm.” The biggest selling point for Camp Wopowog was the Salmon River State Forest, just a few steps from the cabins.

The first purchase of lands which comprise the Salmon River Forest was made by the State Board of Fisheries and Game in 1934. The Forest now contains nearly 6,000 acres located in the towns of Hebron, Marlborough Colchester, East Haddam, and East Hampton, Connecticut. Included in the forest area is 1,300 acres that are leased from the United States Government.

One of the early and notable settlers in this area was John Carrier who was reputed to be the executioner of Charles the First and who fled England when the monarchy was restored. His family name still exists on the land records of the area.

The towns in this area were settled during the early part of 1700 and were typical of the early New England settlements. Streams and ponds were dammed to furnish waterpower for grist mills, tanneries, and later paper mills.

The Salmon River and its tributaries each had more mills trying to operate by the middle of the nineteenth century than the water supply could support during periods of minimal precipitation. At North Westchester, for example, during low periods the grist mills had to operate at night and the paper mill by the day.

The easy accessibility of the Salmon River and its tributaries has made the forest a very popular fishing area, no wonder this was such a big selling point for people staying at Camp Wopowog